The Places You’ll Go with Jerseys!

Sunday afternoon at the 2022 North American International Livestock Exposition was filled with the excitement of the 69th Annual National Jersey Jug Futurity. In 1950, Russell L. White came up with the idea to have a Jersey Futurity show to stimulate more interest in the breed and to further the enjoyment of owning Jerseys. White, along with Bert Leas, and Forrest Bigelow had watched the growth the Delaware (Ohio) County Fair created from the Little Brown Jug, a famous harness race for 3-year-old Standardbred horses. The three men reasoned that having a futurity show could do for the Jersey breed what the Little Brown Jug had done for Standardbreds.

The National Jersey Jug Futurity debuted 1954 with twelve 3-year-old Jersey bulls and twenty-four females, all being nominated for the show before they were 12 months old. In 1956 the Futurity moved from the Delaware County Fair to the Ohio State Fair, giving the show more publicity and in 1959, the Jersey Jug become a special feature of The All American Show and Sale. This year, there were 77 nominations to the Futurity. Congratulations to the winners of the 69th Annual National Jersey Jug Futurity, Carley and Rebecca Shaw & Kash-In Jerseys of Tulare, California! 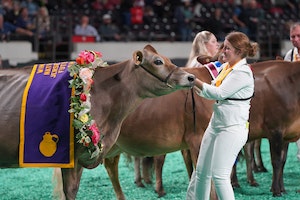 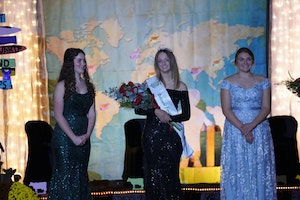 Also during the National Jersey Jug Futurity, the Max Gordon Recognition Award is awarded to an exhibitor who exemplifies the principles of good sportsmanship, ethical behavior in and out of the show arena, promotion of the Jersey cow, ability and professionalism as voted by his peers. The award is given in honor of Mr. Max Gordon and was first awarded in 2003. Congratulations to the 2022 Max Gordon Recognition Award recipient, Michael Heath! 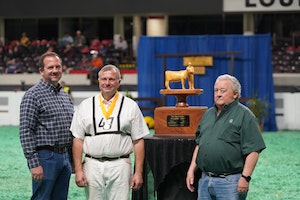